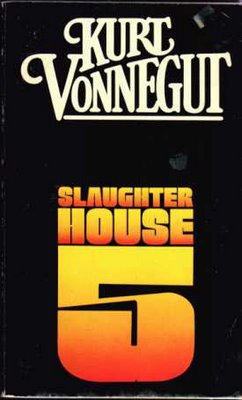 I love Sir Kurt and his lovely round (vonne)gut!

Just noticed your inclusion of Orson Scott Card in the list below. (well, not below HERE, but in the post below the one on which I'm commenting.) Which series or books have you read? I just plowed through the Ender's books and I am in awe of his brilliance. His niece is married to my friend's brother so it's practically like I've made out with him. I have also parked in front of Stephen King's house, walked up to his front porch, read the note next to the doorbell that says, "please respect mr. king's privacy and don't ring the bell." That was a sad moment. Not that I would have rung, but still. He has gargoyles on the wrought iron fence around his large-ishly typical Maine home.

Ok, I'm pretty sure that was way more than you asked for by posting a picture.
Sucker!

So, I shaved after several weeks without shaving with a friend's dull ass MOTHERFUCKING electric razor and left stray hairs all over my damn face. I did not use shaving cream or lather, he had none. I used axe shower gel.

Then after I was done chopping my face up I could not find aftershave or lotion so I used....germ-X. Hand sanitizier.

I learned one thing, I learned that if I am wrong, if I truly am wrong about life and death and the afterlife. Then I don't have much to be afraid of when it concerns hell because nothing, NOTHING, could ever hurt worse than that.

Except a Playmate pushing me to the ground, screaming rape, and stomping my nuts on live national television.

That would just hurt my nuts though...not my GODDAMN FACE.

That's some really funny shit - the both of you. Lisa, OSC? All the Ender books except for the last one, I read Enchantment, tried the Columbus book and the Alvin Maker books - ummm...an the Ultimate Iron Man comics. I'm thinking that I'm forgetting some though. Also, read Replay by Ken Grimwood NOW and Earth Abides by...I forget. Oh and MMM? Don't shave - it's always best to look scarier - you get more play that way. Chicks dig lunatics.