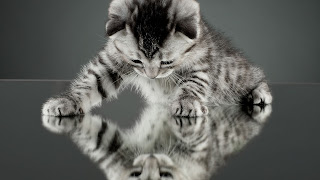 i cant
ive known this
dont you?

at least ive tried
and, hey
this place is my constant

Posted by Fat Free Milk at 4:58 AM No comments:

You're the vampire that turned me into the living dead.
Posted by Fat Free Milk at 3:43 AM No comments:

A VERY SERIOUS RUMBLING. ROLLING THUNDER. LED ZEPPELIN LIGHTNING. A SEAM IN THE FABRIC OF OUR REALITY SPLITS SUDDENLY. WE SEE A BLOODSHOT SHARK-LIKE EYE OF AN OLD GOD. TESSERACTS, RIFTS,-BLEEDING- SHIMMY-HADRON-COLLIDING-TYPES-OF-DEMONS POUR-THROUGH DIMENSIONAL TEARS LIKE THE TEARS OF

30 - Express yourself differently. Time is all that you've got on your side and that's a guarantee tHAT YOU DONT HJSAFHFKJHSFAJKHFSKJHFSKJSFHKJSAH

ANNOUNCER: The Columbia Broadcasting System and its affiliated stations present Orson Welles and the Mercury Theatre on the Air in The War of the Worlds by H. G. Wells.

ANNOUNCER: Ladies and gentlemen: the director of the Mercury Theatre and star of these broadcasts, Orson Welles . . .

ORSON WELLES: We know now that in the early years of the twentieth century this world was being watched closely by intelligences greater than man's and yet as mortal as his own. We know now that as human beings busied themselves about their various concerns they were scrutinized and studied, perhaps almost as narrowly as a man with a microscope might scrutinize the transient creatures that swarm and multiply in a drop of water. With infinite complacence people went to and fro over the earth about their little affairs, serene in the assurance of their dominion over this small spinning fragment of solar driftwood which by chance or design man has inherited out of the dark mystery of Time and Space. Yet across an immense ethereal gulf, minds that to our minds as ours are to the beasts in the jungle, intellects vast, cool and unsympathetic, regarded this earth with envious eyes and slowly and surely drew their plans against us. In the thirty-ninth year of the twentieth century came the great disillusionment.
It was near the end of October. Business was better. The war scare was over. More men were back at work. Sales were picking up. On this particular evening, October 30, the Crosley service estimated that thirty-two million people were listening in on radios.

ANNOUNCER: . . .for the next twenty-four hours not much change in temperature. A slight atmospheric disturbance of undetermined origin is reported over Nova Scotia, causing a low pressure area to move down rather rapidly over the northeastern states, bringing a forecast of rain, accompanied by winds of light gale force. Maximum temperature 66; minimum 48. This weather report comes to you from the Government Weather Bureau. . . . We now take you to the Meridian Room in the Hotel Park Plaza in downtown New York, where you will be entertained by the music of Ramón Raquello and his orchestra.
(MUSIC: SPANISH THEME SONG [A TANGO] AND THEN THE KNIGHT RIDER THEME. . . FADES)

ANNOUNCER THREE: Good evening, ladies and gentlemen. From the Meridian Room in the Park Plaza in New York City, we bring you the music of Ramón Raquello and his orchestra. With a touch of the Spanish. Ramón Raquello leads off with "La Cumparsita."
(PIECE STARTS PLAYING)

ANNOUNCER TWO: Ladies and gentlemen, we interrupt our program of dance music to bring you a special bulletin from the Intercontinental Radio News. At twenty minutes before eight, central time, Professor Farrell of the Mount Jennings Observatory, Chicago, Illinois, reports observing several explosions of incandescent gas, occurring at regular intervals on the planet Mars. The spectroscope indicates the gas to be hydrogen and moving towards the earth with enormous velocity. Professor Pierson of the Observatory at Princeton confirms Farrell's observation, and describes the phenomenon as (quote) like a jet of blue flame shot from a gun (unquote). We now return you to the music of Ramón Raquello, playing for you in the Meridian Room of the Park Plaza Hotel, situated in downtown New York.
(MUSIC PLAYS FOR A FEW MOMENTS UNTIL PIECE ENDS . . . SOUNDS OF APPLAUSE)

ANNOUNCER TWO: Ladies and gentlemen, following on the news given in our bulletin a moment ago, the Government Meteorological Bureau has requested the large observatories of the country to keep an astronomical watch on any further disturbances occurring on the planet Mars. Due to the unusual nature of this occurrence, we have arranged an interview with noted astronomer. Professor Pierson, who will give us his views on the event. in a few moments we will take you to the Princeton Observatory at Princeton, New Jersey. We return you until then to the music of Ramón Raquello and his orchestra.
(MUSIC . . .)

ANNOUNCER TWO: We are now ready to take you to the Princeton Observatory at Princeton where Carl Phillips, or commentator, will interview Professor Richard Pierson, famous astronomer. We take you now to Princeton, New Jersey.
(ECHO CHAMBER)

PHILLIPS: Good evening, ladies and gentlemen. This is Carl Phillips, speaking to you from the observatory at Princeton. I am standing in a large semi-circular room, pitch black except for an oblong split in the ceiling. Through this opening I can see a sprinkling of stars that cast a kind of frosty glow over the intricate mechanism of the huge telescope. The ticking sound you hear is the vibration of the clockwork. Professor Pierson stands directly above me on a small platform, peering through a giant lens. I ask you to be patient, ladies and gentlemen, during any delay that may arise during our interview. Besides his ceaseless watch of the heavens, Professor Pierson may be interrupted by telephone or other communications. During this period he is in constant touch with the astronomical centers of the world . . . Professor, may I begin our questions?

PIERSON: At any time, Mr. Phillips.

PHILLIPS: Professor, would you please tell our radio audience exactly what you see as you observe the planet Mars through your telescope?

PIERSON: Nothing unusual at the moment, Mr. Phillips. A red disk swimming in a blue sea. Transverse stripes across the disk. Quite distinct now because Mars happens to be the point nearest the earth . . . in opposition, as we call it.

PHILLIPS: In your opinion, what do these transverse stripes signify, Professor Pierson?

PIERSON: Not canals, I can assure you, Mr. Phillips, although that's the popular conjecture of those who imagine Mars to be inhabited. From a scientific viewpoint the stripes are merely the result of atmospheric conditions peculiar to the planet.

PHILLIPS: Then you're quite convinced as a scientist that living intelligence as we know it does not exist on Mars?

PIERSON: I'd say the chances against it are a thousand to one.

PHILLIPS: And yet how do you account for those gas eruptions occurring on the surface of the planet at regular intervals?

PHILLIPS: By the way, Professor, for the benefit of our listeners, how far is Mars from earth?

(OFF MIKE) Thank you.

PHILLIPS: Just a moment, ladies and gentlemen, someone has just handed Professor Pierson a message. While he reads it, let me remind you that we are speaking to you from the observatory in Princeton, New Jersey, where we are interviewing the world- famous astronomer, Professor Pierson . . . One moment, please. Professor Pierson has passed me a message which he has just received . . . Professor, may I read the message to the listening audience?

PHILLIPS: Ladies and gentlemen, I shall read you a wire addressed to Professor Pierson from Dr. Gray of the National History Museum, New York. "9:15 P. M. eastern standard time. Seismograph registered shock of almost earthquake intensity occurring within a radius of twenty miles of Princeton. Please investigate. Signed, Lloyd Gray, Chief of Astronomical Division" . . . Professor Pierson, could this occurrence possibly have something to do with the disturbances observed on the planet Mars?

PIERSON: Hardly, Mr. Phillips. This is probably a meteorite of unusual size and its arrival at this particular time is merely a coincidence. However, we shall conduct a search, as soon as daylight permits.

PHILLIPS: Thank you, Professor. Ladies and gentlemen, for the past ten minutes we've been speaking to you from the observatory at Princeton, bringing you a special interview with Professor Pierson, noted astronomer. This is Carl Phillips speaking. We are returning you now to our New York studio.

ANNOUNCER TWO: Ladies and gentlemen, here is the latest bulletin from the Intercontinental Radio News. Toronto, Canada: Professor Morse of McGill University reports observing a total of three explosions on the planet Mars, between the hours of 7:45 P. M. and 9:20 P. M., eastern standard time. This confirms earlier reports received from American observatories. Now, nearer home, comes a special announcement from Trenton, New Jersey. It is reported that at 8:50 P. M. a huge, flaming object, believed to be a meteorite, fell on a farm in the neighborhood of Grovers Mill, New Jersey, twenty-two miles from Trenton.
The flash in the sky was visible within a radius of several hundred miles and the noise of the impact was heard as far north as Elizabeth.
We have dispatched a special mobile unit to the scene, and will have our commentator, Carl Phillips, give you a word description as soon as he can reach there from Princeton. In the meantime, we take you to the Hotel Martinet in Brooklyn, where Bobby Millette and his orchestra are offering a program of dance music.

The now-43-year Kevin wakes up in a house. A house that he lived in for three months way back in 2007. From the 30 years old's perspective, this add more confusion to the proverbial Poop Pot. It's like he's being toyed with now. He's frantic. Numb. Curious. Ready to die. Does this make sense? How is this possible? He's thinking that his life is akin to blog posts read by aliens. This makes no sense either. He's ready  to fall on a rusty camping knife spied nearby but...

"Describe the set up for the interview."

"And the room and the house that the interview is taking place in."

"Describe some of the 40 year old's mannerisms, etc."

This flits through his last, fading and diminuitive thoughts. EVERYTHING and NOTHINg in brain and soul-wheezes.

Posted by Fat Free Milk at 5:06 AM No comments:

Email ThisBlogThis!Share to TwitterShare to FacebookShare to Pinterest
I'm not the same

It's not the same

Posted by Fat Free Milk at 5:00 AM No comments: