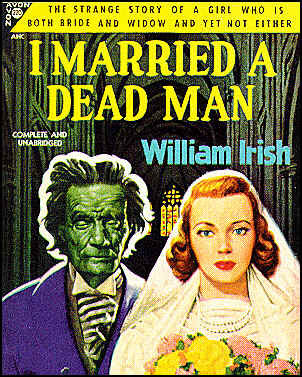 Waking up can be a mistake. Some days, I feel like I’ve made a bad choice. People who die in their sleep may be geniuses. Maybe they found out something in dreams that I never will. Maybe they had a divine moment of REM clarity and said holyshitfucknowigetitwhatthehellwasithinking? Then they’re done. Pop goes the cork. Bright burns the light. Sink the ship. Fries are done. Game Over, Ms. Pac Man. Fireworks. Smoke in the air. The crowd leaves. Holiday over. Laughing all the way to Narnia, Hogwarts, Orange County, Krynn, Hoth, Middle Earth, Oz, Hollywood, and to that place where The Brothers Lionheart went.

I’m quiet now. Maybe I cashed in all of my emotional stocks way back in the 80’s and 90’s. I’ve made some bad investments. Now, I just seem to float around all gossamer-like. Kind of like the one, thin spider web that seems to stick to your face no matter how much you claw at it when you go out in the backyard to water your lawn late at night. I won’t go away – but I’m not as big as I could’ve been. Just a tad bit annoying. Making my presence known. Not doing any real damage. Somebody once compared Jimi Hendrix to the thin wire filament of a burning light bulb. The light that burns twice as bright, burns half as long. That’s how I feel. Like the slow parts of a good movie. Like radioactive waste. I know I’m still young, but you really should’ve known me before. I was crazier. I fucking either wanted to be left alone to scribble away in the darkness, to think, to break things…or wanted to question and tear the outside world apart. Now, I wish that everything was quiet. Silencio, por favor. I don’t think. And when I do. It passes through my brain like caffeine. All energy dissipates as soon as it’s fleetingly conjured. I smile a little, but always look like I’d be happier somewhere else. I wish I knew where that place was. It’s definitely not in front of a computer screen. It’s definitely not outside. Definitely not inside my head, or out of it. What makes me feel happy now? I’m not depressed or anything. I’m just talking. I know that a lot of my biggest changes have happened in small amounts of time and sometimes the smallest change can happen in a long time. I know that if love and life played by our rules, then that pretty, little picture in our head would be a reality.

You get the fuck out of town. Okay. Where and for how long? Guess you have to find out along the way, eh? Change yourself? Duh. Whatever. Instant change is like ramen noodles. Unsatisfying and shitty.

This might not make sense – but like I care. Keep your snide, little comments to yourself, or go visit a clever BLOG. Say what you want. Just don’t be funny, because I’m doing all of the fake, unreal cleverness here.

You know why I liked Bukowski so much? Because he was honest. He was ugly. He was the poetic John Merrick. He was sad. Depressed. Brilliant. A pig. He wanted to be left alone, but needed love on his own terms. He went postal before postal was postal – but he went postal on paper. That last sentence makes sense if you slow it down.

Jumanji’s in my heart, but the Hellraiser Cube’s in my pocket. I don’t know what to do.

I really do wish that I could meet Han Solo and have a drink with him. He’d understand, and just say a coupl of gruff sentences that WOULD MAKE SENSE TO ME AND SUM UP THE WHOLE DEAL. Then we’d have more blue drinks served in Tupperware glasses, and double-team a gal with tentacles for hair.

After work today, I was at a stoplight and saw the mayor of my city walking across the crosswalk. I leaned my head out of my car and said hello. He said, Hi Kevynn! That’s nice, even if he is a politician.

I need to live on a ranch and just make all of this stuff go away. Trust me – I’m not trying to be all complicated and deep. I’m far from that and I don’t want your sympathy. Your condolences are like cheap crack. It strings you out in the end. No caloric value to it. Ample amounts of empathy does not make a healthy diet. I need direction. Something other then TAKE A LEFT AFTER THE STOP SIGN or GET A NEW JOB. I need something … I need it like Dracula does. I’ll know it when I taste it. I used to watch my mother suck the marrow out of chicken bones when I was young. I tried it a couple of times. I remember her chasing around a couple of geese that I thought were pets. I remember her chopping their heads off with a cleaver, Wally. Feathers floating in the air and headless bodies flapping on the ground.

People talk too much. They need to just stop for a bit. Most of my days are like one, sticky, continuous conversation ball thrown at my head. Im too tired to dodge em’ and just let em' roll down my face. Nodnodnod yesyesyes. Big Bump. Everybody just calm down, shut up, and leave everybody else alone. Walk around, play with your kids, walk the dogs – but, still … shut up. You’re about as original as ME. Which isn’t much. I’m an ungrateful bastard. I’m the ugliest beautiful person you’ve ever met – I deserve to be hunted down like Frankenstein.

Waking up can be a mistake. 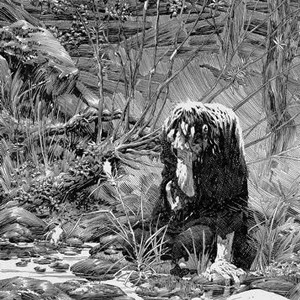