If You Were To Die Right Now, How Would You Feel About Your Life? 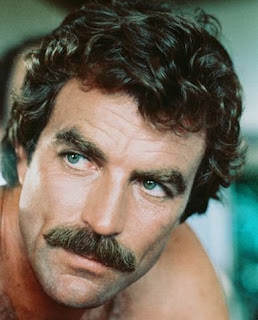 Tyler Durden just said that. I asked Tyler what he was doing in my living room and he punched me in the face and told me to stop asking sissy questions. I spit out a tooth and said that I wished that he'd blow up all of the credit card company buildings in real life like he did in Fight Club, I could benefit from a little Project Mayhem to eradicate my . Then he kicked me in the eye with his boot heel and said, Kevynn, you have a class of young strong men and women, and they want to give their lives to something. Advertising has these people chasing cars and clothes they don't need. Generations have been working in jobs they hate, just so they can  what they don't really need. We don't have a great war in our generation, or a great depression, but we do, we have a great war of the spirit. We have a great revolution against the culture. The great depression is our lives. We have a spiritual depression. We have to show these men and women freedom by enslaving them, and show them courage by frightening them. I told him that he was scaring me, and then he grabbed me by the balls and dragged me into a corner of the room.
Right about that time - Charles Bukowski came into the room. He just walked on in, downed a can of Schlitz, crumpled it, and threw it towards the corner that Tyler and I were in. It bounced off of Tyler's shaven head, and I thought that Tyler was going to beat him up, but Tyler just smiled, swatted Buk on the back as he walked on by, told him that he was a big fan, and that he loved Post Office, and then left.
I could hear noise coming from the fridge, and groaningly got up. Buk was already polishing off one of my beers. He stripped down to his boxers and asked me where all the goddamn real booze was. I told him that was all I had, and that did he really believe in a god? He grabbed another one of my beers, kicked off his shoes, and said, I have more faith in my plumber than I do the eternal being. Plumbers do a good job. They keep the shit flowing…and then he disappeared into my .
I shuffled over to the phone and was about to call 911, when there was a knock at the door. I didn't want to  it, so I peeped through the peephole. It was Frank Sinatra. Shit, it was Frank - so I opened the door. He looked great.Sharp. His  twinkled in the moonlight. I invited him in. He grabbed a seat by my fireplace and asked me how my bird was. I told him that I didn't have any pets, except for a bunch of cats. He rolled his eyes and said, no, man - how's your bird and pointed to my crotch. That confused the hell out of me. Why was Frank Sinatra asking about my dick? So, I just told him that my bird was flying around. That seemed to please him immensely. I relaxed a little. Frank was pleased. I was pleased. Maybe Frank could swing me a room in Vegas? Bukowski came out and stank up the whole place. He grabbed another one of my beers and then sat down at my computer. All of my cats instantly congregated around his feet and purred. He asked if I had any decent classical music in the place. I looked at Frank. He nodded slightly, and I tuned the radio to a station that Buk seemed to not mind. Frank asked me how everything else was goin'. I said that I guess that everything else was okay, nothing that exciting. He said that it wasgood to not be one of those complicated, mixed-up cats looking for the secret to life… just to go on from day to day, and to take what comes…
That seemed to make sense to me. I politely excused myself and told Frank that I thought that I needed to spit out a couple more teeth; did he want me to pick him up some stuff for martinis, or get him some whisky? He told me that he was okay for now, he was waiting for Ava. I got the feeling that he'd be there for a long time, and I left out through the front door to wiggle my loose teeth around. Tyler was in the parking lot of the park across the street, fighting somebody. I didn't want to attract his attention because I was afraid he'd tell me to duke it out with a Puerto Rican busboy. But I ended up walking over to him. Something was bugging me. I needed to tell him something.
He just got finished, and was wiping blood out of his eyes with the heel of his palms.
What do you want, Malone?
You want me to take you shopping or something?
Do you want me to politely ask the world to get off your back?
Are you finally sick of your life?
Are you ready to sacrifice everything
to become the type of person that you're supposed to be?
No, not really, Tyler. I just wanted to answer your question.
What fucking question, Malone?
"If you were to die right now, how would you feel about your life?"
Yeah…and...? 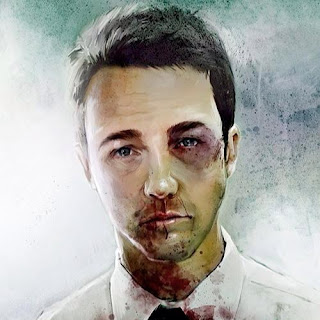