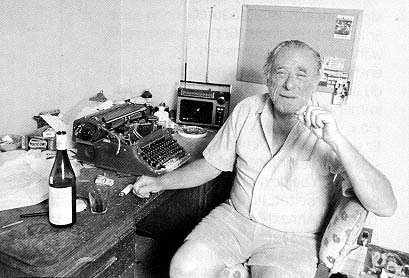 Went to see They Might Be Giants on Friday. Thanks to Cartoon Pig for the tickets. It was at the House Of Blues in Anaheim. I’ve never been to this one – only the one out in L.A. I like the layout of the L.A. one better, but this one was nice and simple. Cool in my book. Nice and simple always works for me. Concert venues, stores, diffusing bombs…stuff like that.

I met Wil Wheaton at the bar. I noticed the T-Shirt that he bought first, actually. I thought to myself, “smart guy”. None of that waiting in line crud after the show. Then I noticed that he looked like my friend, Brandon, then I noticed that he looked like Wil Wheaton, then I noticed that he was Wil Wheaton. I introduced myself, and then later, introduced him to my girlfriend. He was a very nice guy. Not that ever expected him not to be. We talked for a bit about writing and whatnot. He had just finished his book that day. Good for him. I’ll buy it. I like his writing. I tried not to bend his ear too much, even though I had a million geeky questions about small press publishing, writing habits, influences, comic books, voice agents, role-playing, and Warhammer 40k. The show was about to start, Cartoon Pig was already inside and a $4.50 Bud Light can of beer was calling my name. That might be the first time that I’ve actually met a real, published writer. Ray Bradbury was speaking at the library right down the street from my house years ago, but I couldn’t get tickets. I talk to myself a lot – but I don’t count because I’m a hack and wouldn’t want to ask myself anything anyway because I’m rude, condescending and always have food in my teeth.

On Saturday, I played poker with some friends and ended up splitting the pot. I dug myself out of a hole and ended up with $180. Not too shabby. Maybe I’ll email Mr. Wheaton and invite him for some poker, beers and geek talk if he’s ever in my neck of the woods. I don’t think that we live that far from each other. One famous geek, one not. I’m not the famous one – but I will take his money. Ha.